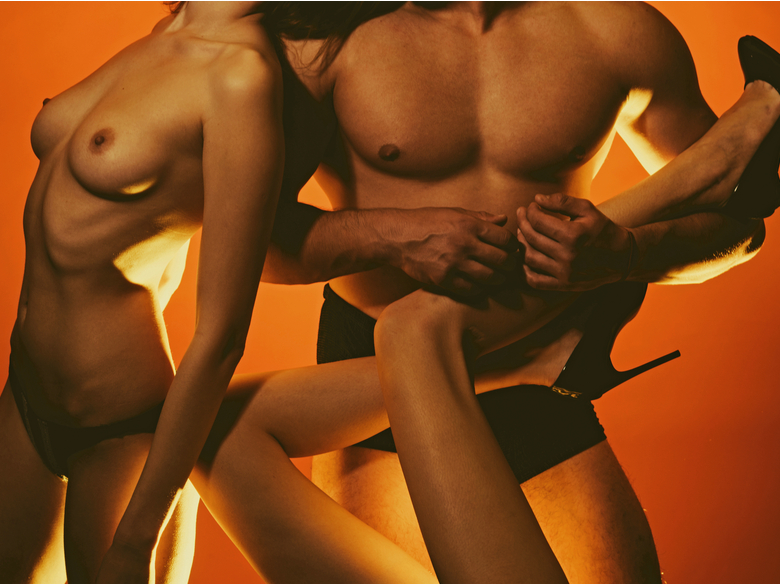 Ian was tired, bored, burnt out.

After nearly seven years of marriage, the flame still flickered, but barely. Simone fucked Ian, but it was in, out, over. She no longer really wanted any pussy licking. And blow jobs? Forget about it.

When they first connected, Simone was a sex goddess. She fucked Ian twice a day, waking him in the middle of the night, caressing his dick, and sucking him until he came like a fountain.

Once, in the early days, Ian and Simone sat in a bistro, and Simone watched a stunning blond seductively lick whipped cream from her drink. She was mesmerised.

“I think I would,” Simone said.

“Call them,” Ian’s mate urged. “You won’t regret it. These couple escorts will blow your mind, I promise.”

Ian did. Presto. The sexual adventure was a go.

All day, Ian tingled with anticipation. He couldn’t focus on work and left early. He wanted to jerk off, but he opted against it. Instead, he decided to save it for Candice, the lovely petite escort who would meet them at their room.

Simone was waiting for Ian when he got home and holding her black leather overnight bag. “I can’t wait,” she said, glowing.

Arriving at the hotel, they ventured to the swanky bar with a glorious view of the harbour and Opera House. Indulging in two bottles of champagne, Simone leaned over and kissed Ian passionately, and he felt her hand inching toward his dick.

“I have a surprise for you upstairs,” Ian said.

In the elevator, Simone kissed Ian passionately. Nervousness suddenly hit Ian, and he decided to tell Simone about Candice. He worried the idea might not fly.

“Have you been reading my journal?” Simone asked.

“I’ve been wanting to be with a woman,” Simone said.

“You’re about to do just that,” Ian said, feeling his dick hardening as he opened the door.

“Shall we begin?” Candice asked.

Candice walked over to Simone and kissed her gently on the lips. She moved her hands down Simone’s shoulders, letting the silver shawl fall to the floor. Ian walked behind Simone, unzipped her dress, and unclasped her bra. Simone moaned as Candice grasped her nipples and began sucking them.

“Take off your panties, and lie down on the bed,” Candice told Simone.

“Oh, fuck me,” Simone said erupting in a massive orgasm. Candice didn’t stop, continuing her mission as Simone came again and again, soaking the sheets with her juices and gasping.

Candice came up for air, looked over her shoulder, and smiled at Ian.

“Oh, I will,” Candice said, returning her sexy mouth to Simone’s swollen clit.

For the first time, Ian noticed Candice’s panties were crotchless, and he stood behind her on the bed, sliding his dick into her wet, bald pussy. Candice moved in a magical rhythm with Ian’s intense thrusting and Simone’s wild thrashing.

“I’ve wanted this for so long,” Simone said, staring at Ian as he pounded Candice.

Ian lost control and suddenly howled like a primal animal.

Ian, still erect inside the blond sex goddess, slapped her perfectly curved ass, and he felt her pussy clench around his cock before she showered him with several warm squirts.

“Fuck, you two are amazing,” Candice said, rolling beside Simone on the bed and winking at Ian. “We’re going to have so much fun.”

“Taste me, then” Candice said, spreading her legs and lightly teasing her pussy with her finger.

Simone took over, stroking Candice’s clit and then licking it. She did it with such experience Ian wondered if his wife had done this before with another woman. But he didn’t care. He was hard again, watching his wife enjoy every inch of the gorgeous woman.

“I want to suck you,” Candice said, opening her mouth.

The trio collapsed on the bed overwhelmed with pleasured exhaustion. Simone, though, was unleashed, uncontrollable, and uncontainable. She wiggled off the bed and walked toward her overnight bag. Simone’s svelte naked body glistened with sweat, and Candice and Ian watched curiously. She pulled out a pink satin bag and unzipped it.

“You are a very naughty girl,” Candice said. “I love it.” Grinning, Simone said, “What should we do next?”